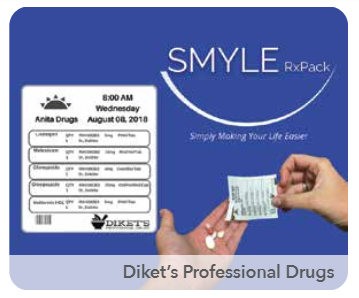 In business since 1971, Diket’s Professional Drugs is an independent pharmacy located in Laurel, Mississippi. Owner Trey Crawford says, “We really try to make sure that everybody who comes in here is really comfortable and understands that we love them and need them, and they need us.”

Crawford believes that being a successful local community pharmacy means providing excellent healthcare services to patients in a friendly and welcoming environment, and customizing services to meet patient needs.

Diket’s had some experience with strip packaging before purchasing the RapidPakRx. The drugstore offered cold seal blister card packaging. Crawford found it challenging to use and realized he needed a better and easier solution.

About 55% of the prescriptions filled at Diket’s come from its Med Sync program. Crawford started looking more closely at these patients, and noticed that many were not coming in to get their medications on time, causing his Star ratings to be lower than he would like. He needed a solution that would help patients stay more adherent and improve his Star ratings.

In addition, the pharmacy was starting to get a lot of transfers to Amazon/PillPack. Crawford began looking for new and innovative ways to effectively compete, and that’s where the RapidPakRx came in.

Crawford chose the RapidPakRx because of the multitude of features and benefits the system offers. He specifically liked the built-in vision inspection, adjust- able pouch size, and cartridge-based operation. In addition, the fact that the pharmacy doesn’t need to purchase and maintain two separate inventories was an important consideration.

The built-in vision inspection system was a key feature. Crawford says, “There’s nothing on the market that compares to the RapidPakRx vision inspection and the clarity; it’s just unbelievable the level of detail that you can see in those pouches!”

The adjustable pouch size allows users to fit up to 20 pills in one adjustable length pouch, decreasing the amount of patient med-passes. One med administration time spread across multiple pouches can be confusing for the patient. “With RapidPakRx, for 99% of the jobs that we run, you’re just going to have one pouch for the morning dose. That’s a big deal,” says Crawford.

A cartridge-based system eliminates the inconvenience of trays or universal cells. The user just pours the pills into the cartridge, making the entire process easier and more efficient.

The RapidPakRx also does not require the pharmacy to purchase a separate inventory in order to fill prescrip- tions. Crawford says, “The carrying costs on an inventory for 380 patients is probably $100,000. You don’t have to spend that money—you can just use your current inventory.”

The top three impacts to Diket’s Professional Drugs were improving accuracy, increasing patient adherence and differentiating itself in the marketplace.

“We’ve added 85 new patients in the last 3 months to our pharmacy because of RapidPakRx, and you know what a new patient will do for your store. In our instance, the average pack patient takes 12 medications, and that will do a lot for your pharmacy.“ 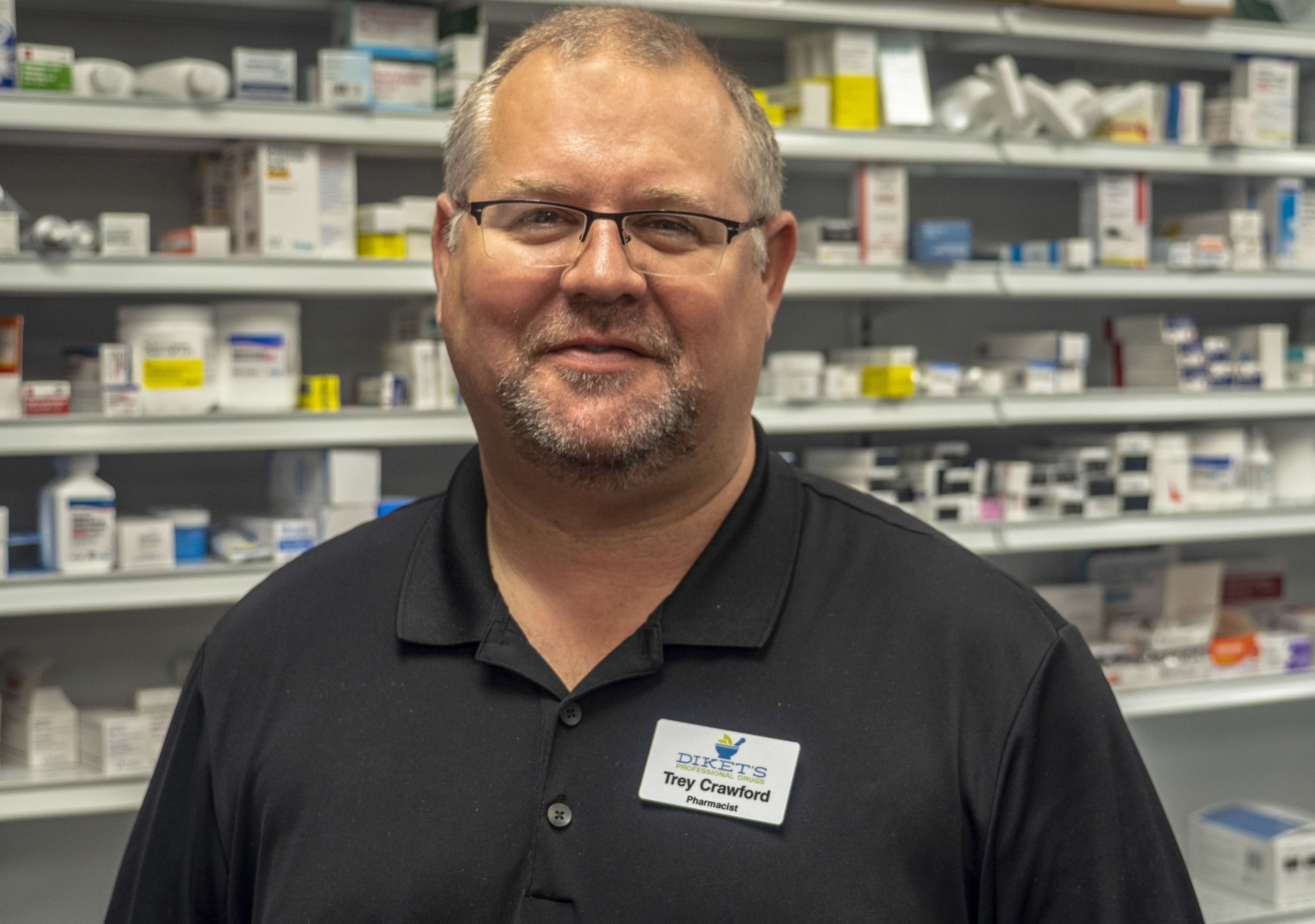 Trey Crawford is an adherence veteran and owner of Diket’s Professional Drugs in Laurel, Mississippi. Diket’s has been serving its local community since 1971. The pharmacy staff have more than 50 combined years of experience. They’re dedicated to providing a wide range of high quality services that meet all of their patients’ health care needs.

At Diket’s, pharmacists believe that being a local community pharmacy means providing excellent healthcare services that are customized to meet their patients’ needs. Crawford runs his store with one mission in mind, which is the “mom and them” approach. He empowers his team to treat everyone who comes into his store like family.

Speed & Accuracy “Since getting the RapidPakRx, our speed and accuracy has improved immensely. The RapidPakRx camera is unbelievable. It goes in and it even sees crumbs that are in there. If a pill may have chipped off, you can see it. Now, we are around 99.9% accurate when it gets to the pharmacist for final verification.”

Space Savings “One of the issues that we have is space. We couldn’t use something that was really big and bulky. This is not. This is 33 inches long, 18 inches deep and five feet tall. We have it in a room that’s 8 x 8 feet.”

Geographic Expansion “Since we bought the RapidPakRx machine, we’ve been able to increase our trade area. We go as far as 50 miles to deliver prescriptions. We don’t want to deliver those every day and that’s where adherence packaging really helps. We get patients synchronized and on adherence packaging and just pick a day to deliver it every month.”