People will always need healthcare. For pharmacies and other medical providers, that’s the good news. In the United States, patients are expected to pay an astounding $360.2 billion on prescription medications in 2018. This is an increase of 35% over the last five years. [i] The rise of drug prices has dramatically outpaced the nation’s average inflation of 7% during the same period.[ii]

Two major trends are driving decreasing reimbursement to pharmacies: DIR fees and copay clawbacks. Direct and indirect remuneration (DIR) fees imposed on community pharmacies, sometimes weeks or months after a medication is dispensed, can eat up the pharmacy’s profit on a prescription transaction, and sometimes even lead to a loss. According to a survey by the National Community Pharmacists Association (NCPA), 53 percent of pharmacists said DIR fees are assessed quarterly; 67 percent of those surveyed said no information is given as to how much and when DIR fees will be collected or assessed. DIR fees began when Medicare Part D was established, but they now appear in many commercial health insurance plans as well.

Clawbacks happen when pharmacy benefit managers (PBMs) instruct the pharmacy to collect an elevated copay amount and subsequently recoup the excess amount—and sometimes more—from the pharmacy. According to NCPA’s survey, 83 percent of pharmacists say they have witnessed clawbacks at least 10 times during any given month. (See this month’s related blog post: PBMs to Consolidate Power.)

“Patients purchase insurance with the presumption that they will save money using the plan’s designated health care providers,” says NCPA’s CEO, B. Douglas Hoey, RPh, MBA. “Copay clawbacks turn that logic on its head. A copay becomes a full pay—and then some.”

To make matters worse, sometimes PBMs impose “gag clauses” that prohibit community pharmacists from volunteering the fact that a medication may be less expensive if purchased at the “cash price,” rather than through the insurance plan. In other words, the patient has to affirmatively ask about pricing. Most pharmacists (59 percent) said they have encountered “gag clause”restrictions.

Who Is Paying the Bills?

Some people pay for their prescription drugs out of pocket, but the majority of people use private or government-sponsored health insurance. The Medicare program itself covers more than one-quarter of all medications prescribed in the United States. It is no secret that insurance companies never pay the full price for prescription drugs. Government programs are always pushing lower costs. Insurance companies are big businesses that answer to shareholders. In both cases, there is tremendous pressure to reduce costs.

Of course, there are many other issues at play. When a pharmacy retailer enters into an agreement with a payer or PBM, there is a reimbursement rate/formula for brands, generics and specialty pharmaceuticals that is negotiated.

The reimbursement is easy to understand for brands; however, for generics, the payer is likely to move it from a formula to a fixed amount, called the MAC (Maximum Allowable Cost). The payer can adjust the MAC for a generic class, as prices usually decrease due to competition. But the unique issue happening now is generic price inflation. Payers are typically slow in readjusting the reimbursement levels when prices increase.

The medical industry is extremely competitive, and the competition between pharmacies is no less fierce. This has prompted many pharmacies to offer a variety of value-added services such as vaccinations, MTM, med sync, health screenings, and delivery. The pharmacies that thrive in this era of declining pharmacy reimbursement must make the extra effort to attract patients.

Most independent pharmacies have slim margins and don’t have large budgets to spend on marketing. If your pharmacy is in a similar situation, the best options may be low-cost advertising, such as web-based ads, and print advertising in local newspapers. For local pharmacies, attending public events at community or extended-care facilities, schools and churches is a great way to set themselves apart from the large chains. The advantage of small pharmacies is their ability to provide personalized services and high levels of interaction between pharmacists and patients.

In an era of declining pharmacy reimbursement, pharmacies of all sizes must go the extra mile to succeed. Here are three strategies to remain profitable as reimbursement rates continue to shrink:

People with specialized knowledge will always be in demand. Develop a specialty and develop relationships with local specialists in your field.

Technology such as online services, pharmacy automation, adherence packaging, and CRM databases–where you can track patient history–make your pharmacy more valuable to customers.

Online advertising is becoming more important, but advertising through newspapers and local television is still viable, particularly in smaller markets. Promoting your store by sponsoring community events is a great way to connect with potential customers where they live.

January 25, 2018
RxSafe
Blog, News, Tradeshows
independent pharmacies, PDS 2018, RxSafe
No Comments
RxSafe is thrilled to be a featured event sponsor at the annual PDS Super-Conference on Feb. 22-24, 2018, in Orlando, Florida. One of the many ways we keep our innovative…
Read More 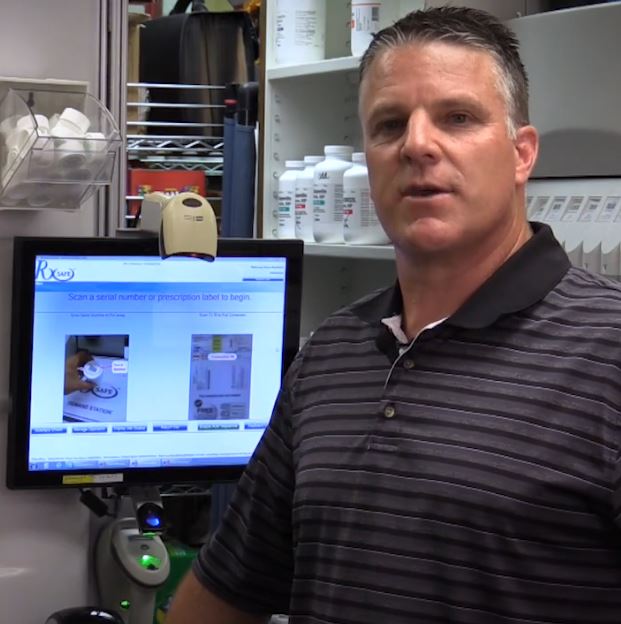 November 8, 2017
RxSafe
Blog
independent pharmacies, IRS Section 179, pharmacy automation. inventory management, Reddish Pharmacy, RxSafe 1800
No Comments
Kevin Reddish has been the owner of Reddish Pharmacy in Nampa, Idaho for over 30 years.  In the video clip below, Kevin talks about the numerous ways that the RxSafe…
Read More